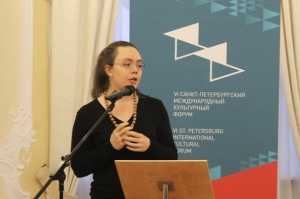 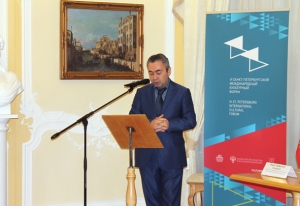 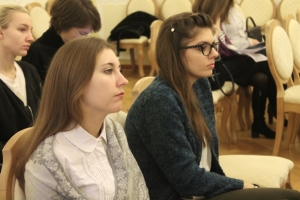 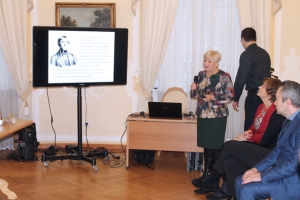 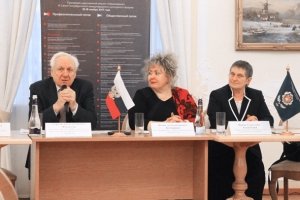 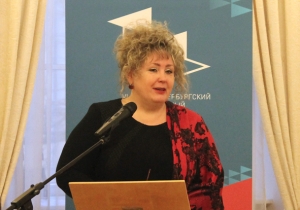 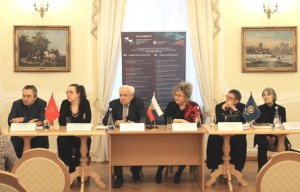 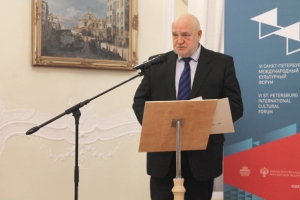 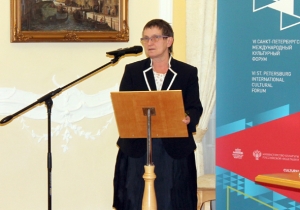 SCIT has traditionally taken part in organizing a festival as part of the St. Petersburg International Cultural Forum. We hope that this year’s festival, Russian Heteroglossia, enriched the Forum program with its round table discussion and a translation concert. The festival opened with the Living Word: Russian Heteroglossia round table discussion, where the issues of increasing translation from the national languages of the peoples of Russia, and the mediating role of the Russian language were brought to public attention. The round table was moderated by Sergey Filatov, a renowned political and cultural figure, member of the International Academy of Creative Endeavours, and President of the Socio-economic and Intellectual Programs Fund. Mr Filatov has paid a lot of attention recently to developing translation from the ethnic languages of Russia into Russian, and holds training seminars in Moscow. The participants discussed such issues as: Does translation play a part in preserving cultural heritage? What is to be done to help save indigenous languages? Do we need to translate literary masterpieces into Russia’s ethnic languages? What is the role of the Russian language in supporting Russia’s other languages?

Among the participants were such distinguished scholars as Nina. Zaitseva, who painstakingly collected the endangered Veps language in the book of the epic Virantanas. Yana Novikova from St. Petersburg State University spoke about the Izhor language, Farid Akhmadiev from Ufa posed the question of the future of the Bashkir language. SCIT director Irina Alexeeva reported on the Yakut Literature in Russian seminar she held in Yakutia.

The event continued with the translation concert, Amidst the Languages. This concert has become a tradition, and this time the ethnic languages of Russia became the focus of attention. Translators from Veps, Karelian, Bashkir, Yiddish, as well as from Slavic (Bulgarian, Czech, Polish) and Scandinavian (Danish, Swedish, Norwegian, Dutch) presented their new work. The thematic variety was impressive: from the historic ship logbooks of Willem Barentsz, to the Swedish Academy of Magic Creatures.